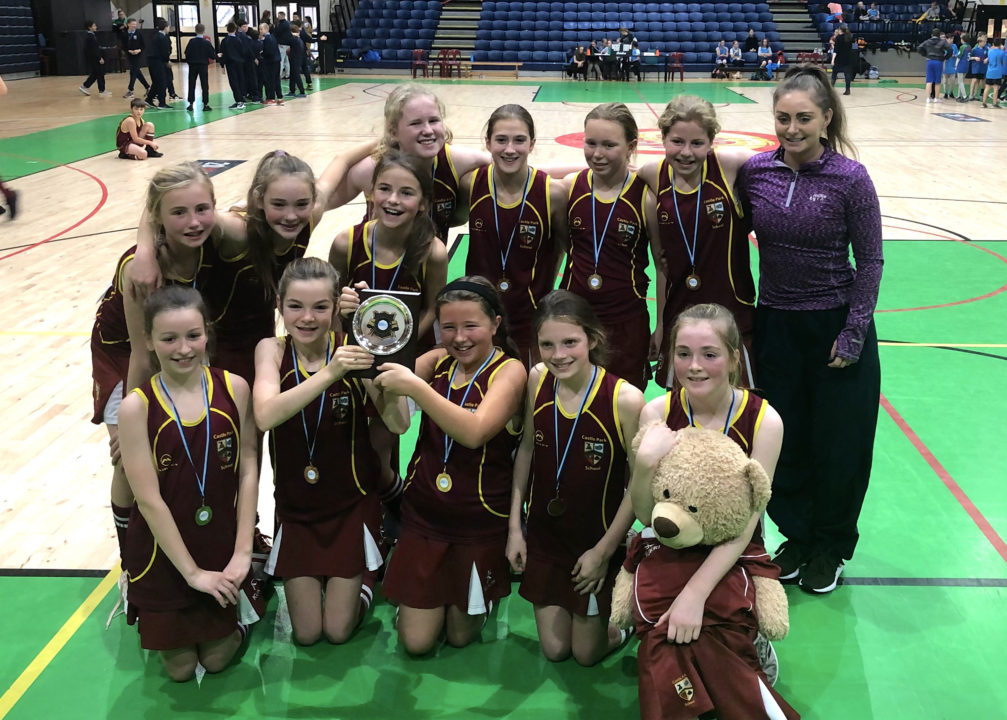 The Senior Castle Park Girls and Boys’ Basketball Teams both qualified for the finals of this years Dublin Primary School Mini Basketball League, which took place last Wednesday at the National Basketball Arena in Tallaght.

The girls were up first against St Dominic’s NS Tallaght. The first two periods were close, but in the third period, the CP girls really raised their game and scored a string of excellent baskets to win the final convincingly.

The boys were up next in their final against St Matthew’s NS, Sandymount. After a close first half, the CP boys gave an outstanding performance to claim victory with a superb display in the second half.

Both teams were delighted to be presented with their League Champions’ plaques and medals. As always, the boys and girls represented our school admirably, and we are very proud of their sportsmanship. Well done to you all.

Finally, a note of thanks to all of the parent supporters who came to Tallaght to cheer the teams on.